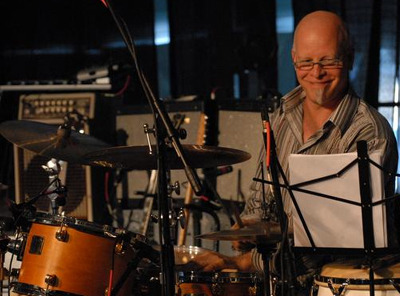 M.B. is a versatile percussionist who crosses all musical styles and genres. Since 2001, he has been the featured percussionist for the The Doobie Brothers and has worked with such varied artists as Frank Zappa, Three Dog Night, Green Day, John Tesh, Loggins And Messina, Rita Coolidge, Wilco, Bill Withers, REO Speedwagon, Jaguares, Juan Gabriel, Yoko Ono, Neil Diamond and Andrea Marcovicci. M.B. has performed with the Los Angeles Philharmonic, the National Symphony, Long Beach Opera, the Hollywood Bowl Orchestra and the Los Angeles Chamber Orchestra. He has played on numerous film scores, including The Crow, Stigmata and Shipping News. Television credits include Battlestar Gallactica, King Of The Hill, The Tonight Show, Good Morning America, and Buffy The Vampire Slayer.

In addition to Classical music, M.B. Gordy has vast experience in all types of ethnic percussion including Chinese, Japanese, Indian and African, studying Ghanian drumming with the Ladzepko Bros, tabla with Taranath Rao, as well as Gamalan with Wenten Wasitidiporo and has a children's CD out with James Richter, which incorporates influences from around the world.